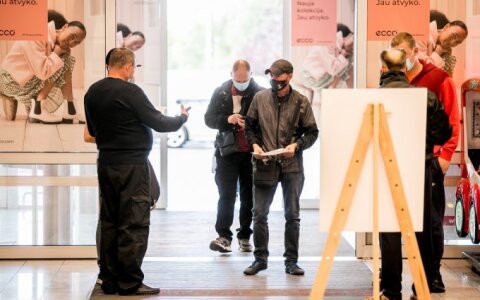 A foreign national is facing a fine of 5,000 euros after trying to get into a Vilnius shop with someone else's COVID-19 immunity certificate, the Lithuanian capital's police said on Thursday.

The incident involving the 49-year-old man was reported to the police on Wednesday morning.

A member of the Maxima shop's security staff told the police that an Asian-looking man had shown him a QR code on his mobile phone to be allowed in. However, the security officer became suspicious when his scanner showed a Lithuanian name, according to the press release.

The man told the police that he had his country's immunity passport on another phone, and that he had photographed the Lithuanian document the day before at a construction site where he is working. The certificate was left on a table in a construction trailer by his foreman.

The foreign national faces a fine of 5,000 euros, according to the press release.