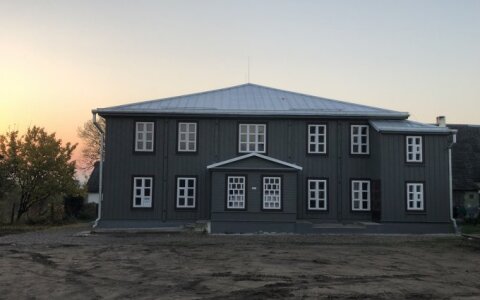 The restored wooden synagogue in Ziezmariai in Lithuania's Kaisiadorys District is opening its doors on Friday.

The synagogue is being opened up during the fall period of Jewish holidays.

Built in the second half of the XIX century, the Jewish prayer house suffered serious damage during a fire in the early XX century, but was rebuilt in 1920 and survived last century's wars and the Soviet times.

This synagogue is a unique piece of wooden heritage in Europe and its restoration began in 2016.

Lithuania used to have a total of around 150 synagogues but only over a dozen have remained. This is s second wooden synagogue in Lithuania, restored and adapted to various activities. The first one was restored and opened in Pakruojis in 2017.