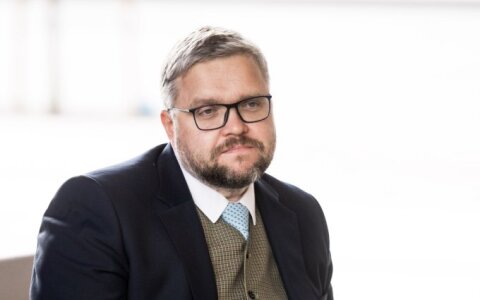 Vitas Vasiliauskas, former board chairman of the central Bank of Lithuania, has joined Prime Minister Ingrida Simonyte's team of advisers.

His name is mentioned among advisers on the government's website which says Vasiliauskas will advice the prime minister on state service issues.

Speaking with journalists on Thursday, the prime minister confirmed the fact that Vasiliauskas started working earlier this week and will be in charge of state service-related issues, especially attraction of higher-level executives.