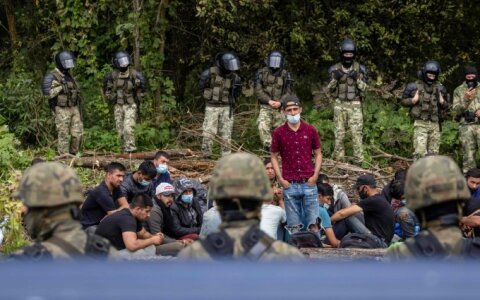 Migrants from Afghanistan who were mentioned in a recent decision by the European Court of Human Rights (ECHR) have shown up on the Belarusian side near Lithuania’s border and will not be allowed to enter Lithuania, Rustamas Liubajevas, the commander of the Lithuanian State Border Guard Service (SBGS), has said.

“Those irregular migrants have shown up. Just as expected, they appeared and arrived from the Belarusian side, approached the border in order to enter Lithuania illegally,” he stated on Thursday.

“Our officers will follow the procedures in force in the territory of the Republic of Lithuania and these migrants will not be let in,” Liubajevas added.