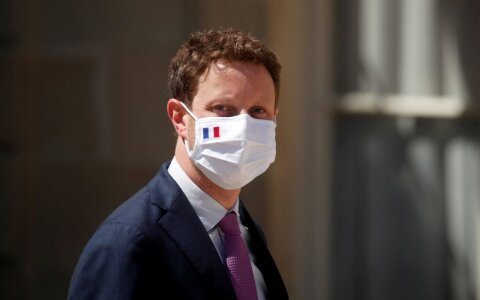 Clement Beaune, the French minister for European affairs, has said that the European Union must take Lithuania's experience into account when discussing common migration and asylum rules.

He called on the bloc to accelerate discussions on this issue.

"Belarus is using this as a testing ground for our solidarity. So it is indeed something we have to address in our overall debate on common migration and asylum policy," Beaune told BNS in an interview during his visit to Lithuania at the end of last week.

"There has been a new proposal by the Commission last September, a year ago. We have to accelerate discussions because we have made slow progress," he said.

The EU is discussing a common migration policy in response to the lessons learned from the 2015-2016 migration crisis.

Concerns about a possible new migration influx from Afghanistan has now brought a new impetus to the debate on new migration rules.

The proposals for a common policy include mechanisms for EU members to share migrants to reduce the burden on the countries where migrants arrive first. 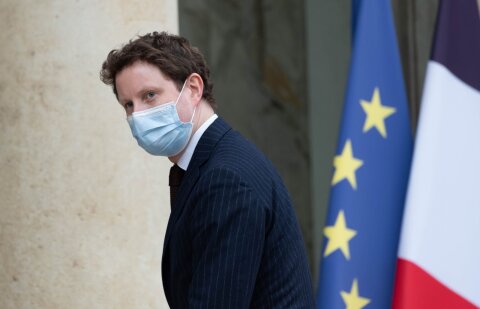 "We think the balance of this [European Commission's] proposal is good," Beaune said. "It is a good balance between controlling the borders, responsibility for registration some migrants who arrived in Europe in the first countries, but also providing solidarity in any flexible manner to the countries of first entry or to countries like France which is a big recipient of secondary movements."

“If we do not find an agreement on this balance between solidarity and responsibility, there would never be an efficient and effective EU migration and asylum policy," he added.

The EU minister also called for a joint EU response to China's pressure on Lithuania over ties with Taiwan, calling Beijing's actions unacceptable.

– We speak practically at the border with Belarus. How do you evaluate Lithuania's measures to solve this migrant crisis?

– I wanted to see what is happening at the border and to bring support to Lithuania. I saw what Frontex is bringing to Lithuania to protect the border and to detect movements to make sure we can control. We have to be very aware and not naive about what is happening. What is happening is a very sneaky trafficking, instrumentalized, organized by Belarus […]. This is a test for Europe. It is not Lithuanian, it is a European issue and European matter. This is why we have to bring support in these two dimensions. To make sure the border can be checked, controlled, protected, because this is the EU's external border. And to send a clear message to Belarus that this trafficking has to stop.

– What is your message to Belarus?

– We are aware of what is happening. It is organized movement of migrants; it is a very sneaky way to proceed; it is a kind of hybrid war against the EU. It is a test for us if we are united and if we are firm.

At the same time, I met some of them [migrants] directly. [...]. It is difficult for them. They are not responsible for what has been sneakily organized by Belarus. They are the instrument of this war; they are not responsible for this, and we need in the short run to bring protection. Lithuania is doing its best; we are helping Lithuania to do so in this humanitarian help, which is being delivered at the European level as well. We need to proceed as soon as possible with asylum requests. And it has to follow normal procedures defined by law not only in Lithuania but in other EU countries as well.

– There is an ongoing debate in Lithuania whether the push back mechanism is an adequate measure to stop illegal migration. Do you support such measures?

– We did not talk about this. Controlling the border is the responsibility of Lithuania and again we have to help Lithuania with this. If we don't do it, the situation will get worse, which is bad from the strategic point of view and bad from the humanitarian point of view. Because if we are not sending a signal that we are aware of what is happening, taking measures, including border protection, Belarus will increase its pressure and migrants will be instrumentalized further. 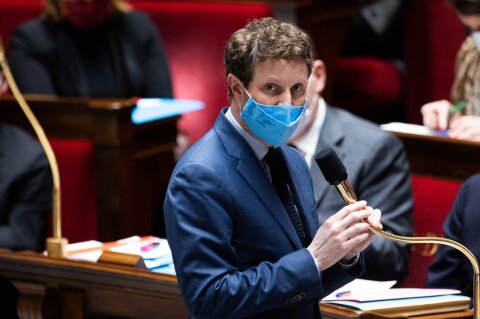 At the same time, we have, and Lithuania is fully aware of that, to respect international law, EU law, procedures, what we can do and can't do at the border. Lithuania is complying with these international, European rules. So we have now to bring both supports for Lithuania – humanitarian help and technical help for border protection.

– Lithuania is proposing additional sanctions for Belarus to punish the regime for orchestrating the migrant influx. Do you support such a way to exert pressure on the regime?

– We have been always open to increasing pressure, including sanctions on Belarus; it will be discussed again in the upcoming weeks between the European foreign ministers. It is an option, but the first thing we should be very concrete on is to enable the border protection element. If the sanctions are needed to increase the pressure, the EU will take them into in few weeks. We are with Lithuania to explore all the options.

– Do you think this migrant crisis in Lithuania, Poland and Latvia exposed some gaps in the European migration and asylum policy?

– Yes, but we have to also understand that this migration crisis is very specific. We have undergone migration pressure in the past. It is still here in different manners. However, we are not in a situation overall as the EU was in 2015-2016. We see that the Afghan situation will probably create more pressure. […] In this case, it is something different. It is organized by your neighboring country outside of the EU, which is using the migration tools to put pressure. It’s not only people who are legitimately looking for a better life, they are here as well, but overall it is organized via the state which has made a specific policy to test us. Belarus is using this as a testing ground for our solidarity. So it is indeed something we have to address in our overall debate on common migration and asylum policy. […].

– What are France's proposals on the change of these European rules?

– There has been a new proposal by the Commission last September, a year ago. We have to accelerate discussions because we have made slow progress. We think the balance of this proposal is good; it is a good balance between controlling the borders, responsibility for registering some migrants who arrived in Europe in the first countries, but also providing solidarity in any flexible manner to the countries of first entry or to countries like France which is a big recipient of secondary movements. If we do not find an agreement on this balance between solidarity and responsibility, there would never be an efficient and effective EU migration and asylum policy.

– You mentioned Afghanistan briefly. The situation there is once again fueling a debate in Europe on a joint military force, and France has generally been one of the most active supporters of the idea. What are you thinking about it now?

– There is a specific proposal made by Josep Borelli; we have to look at it, but we support the general idea that we need a force at the European level to be able to decide ourselves when it's needed to intervene. [...] President Macron has talked about the European army; of course, it is a long term perspective, but it means that if we want to be strong, we need common spending, a common force to intervene when needed. It doesn't mean that we won't have national armies anymore.

– But what is your response to Lithuanian officials who warn that such a European force could undermine NATO?

– We are very clear in discussions with Lithuania: we do not want to undermine NATO; we should think of complementary tools at the EU level. Is some cases, we operate from NATO – France is doing its part in the Baltic countries with a military presence in Lithuania or Estonia, depending on the year. But look at the operation in the Sahel that France is leading; we are not doing this in a framework of NATO. We should be able to decide in which formats we want to intervene and to have as many tools as we can to protect our interests.

– What was your message to Lithuania about its dispute with China?

– It is also a very important test for European unity. We support Lithuania, of course. The political message is clear: it is not acceptable to put pressure in such a manner on the EU member state to make it change its positions or to intimidate.

It was one of my goals of the visit to understand what is going on. This is not the first time we see external players trying to divide the EU. It will not happen.

So we need to react, but we need to strengthen here, again, our EU tools. For instance, if pressure regarding trade and so on is being used at the moment, we need to be able to react with trade defense tools. We are working on this with Lithuania, we discussed it today. The European Commission will propose a new tool in this respect. In October, we expect it very much. I think it would be a signal that Europe is ready to react and that no member state is left alone when it's the matter of principle and a matter of European solidarity when pressure is being exercised on us.

If we react alone, we lose. If we send signals of coordinated reaction, we are strong. We are doing at the border with Belarus and with China.