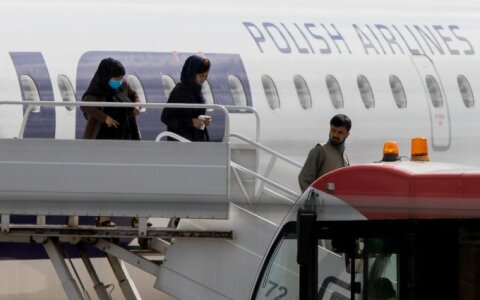 Lithuanian President Gitanas Nauseda has on Friday granted state awards to the so-called Kabul Eleven – ten troops and a diplomat who evacuated Afghan interpreters and their families from Afghanistan last month.

The Kabul Eleven has also received awards from the ministries of foreign affairs and national defense.

Ten troops and the diplomat evacuated 34 Afghan interpreters, who had worked with Lithuania's military contingent, and their family members –176 people in total – from Afghanistan over five days.

Afghan interpreters and their family members were flown to Lithuania due to the danger to their lives in the wake of the Taliban's takeover of Kabul and the ouster of the Afghan national government.

Around 5,000 Lithuanian troops were involved in US-led and NATO missions in Afghanistan for almost 20 years between 2002 and 2021.