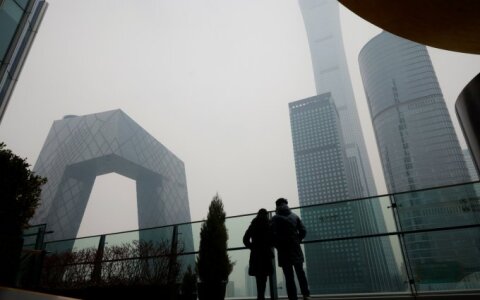 Lithuania’s Foreign Ministry has called the country’s ambassador to China, Diana Mickeviciene, back for consultations amid a diplomatic row between Vilnius and Beijing.

The ministry said in a press release that it would “call the Ambassador of Lithuania to China back for consultations on 4 September after China's statement of 10 August”.

The press release also said that the embassy of Lithuania to China was operating in a normal regime.

Last month, China recalled its ambassador to Vilnius for consultations over Lithuania's deepening ties with Taiwan and demanded that Lithuania withdraw its envoy to Beijing.

China’s Foreign Ministry then said that the move came in response to plans in Lithuania to open a representation of Taiwan.

The ministry also stated that “the decision” of the Lithuanian government to allow the Taiwan authorities to open a "representative office" under the name of “Taiwan” “brazenly violates the spirit of the communiqué on the establishment of diplomatic relations between China and Lithuania and severely undermines China's sovereignty and territorial integrity”.

Meanwhile, a number of Western politicians, including US Secretary of State Antony Blinken and Bob Menendez, chair of the US Senate Foreign Relations Committee, have voiced their support for Vilnius in its conflict with Beijing.

Beijing, which regards Taiwan as a rebellious province, has in its turn urged Lithuania to follow the "One-China principle" which means that both Taiwan and mainland China are inalienable parts of a single "China".