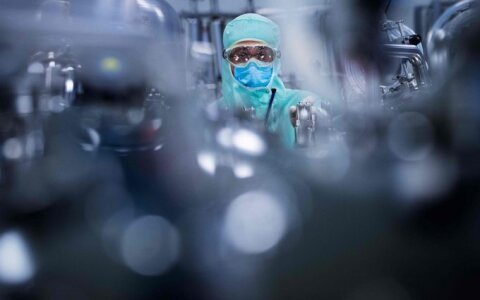 The Lithuanian government decided on Wednesday not to purchase a COVID-19 vaccine being developed by Sanofi Pasteur and GSK.

Last November, the government decided to buy 1.5 million vaccine doses from the developers under a preliminary agreement, but as the Health Ministry points out, the situation has since changed considerably: four vaccines from other manufacturers have already been registered, and, in light of this, the European Commission has reduced the total number of the Sanofi/GSK vaccine planned to be purchased.

"Also, countries been allowed to withdraw from this agreement and not to purchase vaccines from this manufacturer," the ministry said.

Some of these vaccines have not yet been approved for use in the European Union.

Given that Lithuania has secured sufficient vaccines and that the Sanofi vaccine is similar to the Novavax vaccine that the country is already planning to purchase and that its development is lagging behind those of other manufacturers, it has been decided not to purchase it.

Official statistics show that more than 4.151 million vaccine doses have been delivered to Lithuania and 2.914 million of them have been used so far.

The country currently has around 1.237 million unused doses.