Landsbergis: NATO should prevent Afghanistan from becoming another migration crisis 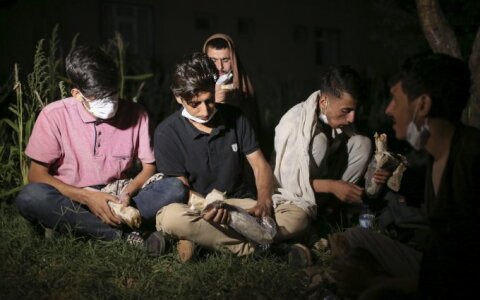 On Friday, he attended a virtual meeting of NATO foreign ministers to discuss the security situation in Afghanistan and underlined the importance for Alliance to maintain unity and solidarity after it ended its 20-year Resolute Support Mission.

"The transatlantic connection is the foundation of our fortitude. We have to carefully assess lessons learnt, as well as our achievements, and we must ensure together that the existing situation does not evolve into a new migration crisis," Landsbergis was quoted as saying in a statement released by the Foreign Ministry.

During the meeting, allies confirmed their commitment to safely evacuate NATO and Afghanistan citizens facing danger.

Landsbergis: NATO should prevent Afghanistan from becoming another migration crisis