Lithuania pushes over 10 migrants back, allows four in on humanitarian grounds 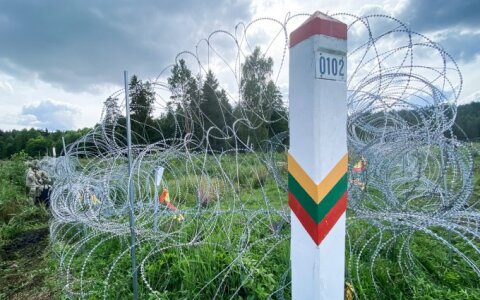 Lithuanian border guards have in the past 24 hours turned away more than ten migrants attempting to cross into country from Belarus illegally and allowed four people in on humanitarian grounds, the State Border Guard Service said on Thursday morning.

The push-backs occurred in the districts of Vilnius and Salcininkai.

"There is no doubt that such material would be disseminated through the neighboring country's propaganda channels," it said.

VSAT and the military have stepped up border patrols.

Over 4,100 migrants have crossed into Lithuania from Belarus illegally so far this year.

Lithuania has declared a state-level extreme situation over the irregular migration influx which it says is being orchestrated by the Belarusian regime.

Lithuania pushes over 10 migrants back, allows four in on humanitarian grounds