Lithuania has no interest in severing ties with China – presidential aide 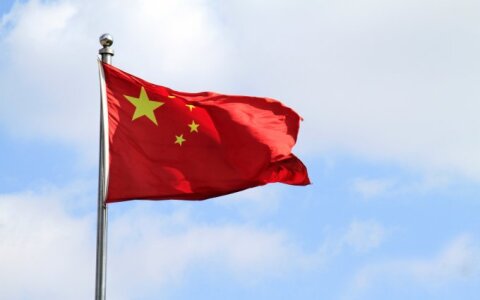 Lithuania has no interest in severing relations with China, an advisor to President Gitanas Nauseda said on Thursday, adding that the president still expects Beijing to reconsider its decision to recall its ambassador to Vilnius.

"We are in a situation where we want to maintain diplomatic relations with the People's Republic of China, when we have certain economic, cultural and social interests, and it is not in our interest to end them," Asta Skaisgiryte, Nauseda's chief foreign policy adviser, told LRT Radio.

"The president has said on more than one occasion that he deeply regrets the decision to recall the ambassador and hopes that China will reconsider this decision and will not escalate this conflict so much," she said.

The adviser noted that Lithuania's decision on the opening of Taiwan's representative office in Vilnius is not exceptional.

"Lithuania's case is not unique or exceptional. Taipei has dozens of representative offices in Europe and that nervous reaction is, of course, somewhat exaggerated," Skaisgiryte said.

"Our dialogue with the Chinese has not stopped, and as long as there is dialogue, there is always hope," she added.

Several weeks ago, Taiwan announced plans to open a representative office in Vilnius under its own name by the end of the summer. Lithuania is also planning to open a trade office in Taiwan.

A week ago, China recalled its ambassador to Vilnius and demanded that Lithuania withdraw its envoy to Beijing. China's Foreign Ministry said the decision came in response to plans to open Taiwan's representative office in Lithuania.

Lithuania has no interest in severing ties with China – presidential aide