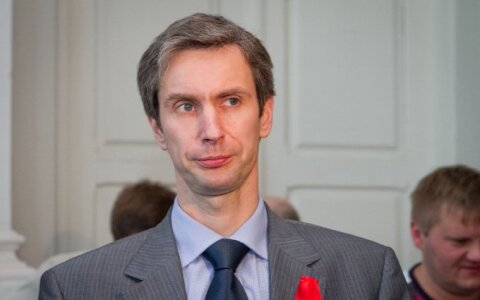 Lawyers representing Algirdas Paleckis, a former Lithuanian politician who was found guilty of and sentenced to six years in prison for spying for Russia in late July, have appealed the court ruling with the Court of Appeal.

In their appeal, lawyers Adomas Liutvinskas and Kestutis Ragaisis are asking the court to annual Siauliai Regional Court's ruling and acquit Paleckis.

"We are asking the court to fully acquit him. I believe this case is a legal misunderstanding, a feuilleton, considerations and assumptions. He's being persecuted for his political convictions," Liutvinskas told BNS.

In late July, the regional court in Lithuania's northern city of Siauliai found Paleckis guilty of spying for Russia and sentenced him for six years in prison. Paleckis denies his guilt and claims he was carrying out a journalist investigation and did not know about the Russian citizens' ties with Russian secret services and was in contact with them purely for his journalistic and political activity, and also for reasons related to the business he was building with Bertauskas.

Vilnius businessman Deimantas Bertauskas, who plead guilty in the same case and testified, was exempted from criminal liability.

Prosecutors had asked the court to sentences Paleckis to nine years in prison and exempt Bertauskas of criminal liability.

The Prosecutor General's Office does not plan to lodge an appeal.

According to the Prosecutor General's Office, the defendants, acting in an organized group with a Russian intelligence officer and other Russian citizens, including one found guilty in the January 13, 1991 crackdown case, allegedly collected information of interest for Russian intelligence in Lithuania between February 2017 and October 2018 for monetary and other remuneration.