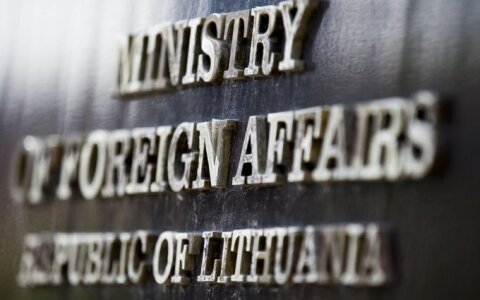 There are certain signs that classified information leaked during a cyber attack against the Foreign Ministry, Lithuanian President Gitanas Nauseda says.

"An investigation is ongoing, with no doubt, we well asses that damage done during this cyber attack. But there are certain signs showing that certain information leaked. And that information is deemed classified," the president said in an interview with the delfi.lt news website.

In his words, the leaked information "might cause serious damage, first of all, for allies".

Earlier in the day, Asta Skaisgiryte, the Lithuanian president's chief foreign policy adviser, told the national radio LRT she had information that "important documents" had been stolen from the Foreign Ministry.

"The riots outside the Seimas and in Rudninkai and various information emerging on the same day that important documents have been stolen from the Foreign Ministry," Skaisgiryte told LRT Radio. "Too many coincidences to be considered accidental."

The ministry said in the press release on Wednesday that it had "recorded an attempt to carry out an information-cyber-attack", adding that "the responsible authorities have been informed and an investigation has been launched".