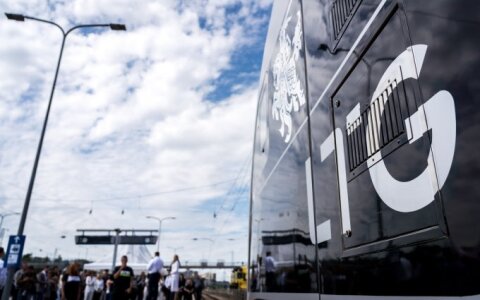 Mantas Bartuska, CEO of Lietuvos Gelezinkeliai (Lithuanian Railways, LTG), says the state railway group may need around 60 million euros in state aid to maintain infrastructure when shipments of Belarusian potash fertilizers and other products via Lithuania come to a halt.

"It seems that the moment is approaching when shipments will stop, which means that we will lose around 60 million euros in annual revenue and Lithuania's entire logistics chain will not receive over 100 million euros in revenue," Bartuska told BNS on Thursday.

"Belaruskali's products are clearly the most significant, but we are already not transporting oil products and freight from Grodno Azot," he said. "We estimate that we may need an infrastructure subsidy of around 60 million euros per year."

Otherwise, growing infrastructure costs will lead to a hike of 30 percent in rail tariffs, according to Bartuska.

Related articles
CEO: Lithuanian Railways can lose around EUR 19 mln annually due to sanctions  (1)
Fertilizer exports via Lithuania can be suspended if EU imposes sanctions for Belarus

LTG is in talks with Ukraine on new cargoes and is also looking toward Turkey, according to BNS.

Transport Minister Marius Skuodis confirmed earlier on Thursday that Belarusian fertilizer shipments via Lithuania will stop from December due to the new US sanctions on Belaruskali, one of the world's biggest suppliers of potash fertilizers