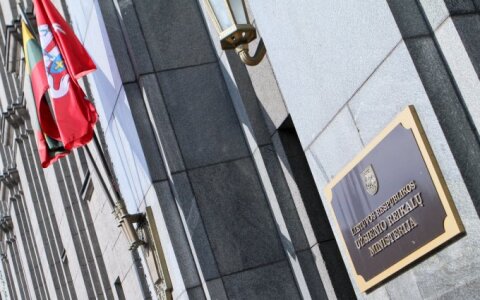 Asta Skaisgiryte, the Lithuanian president's chief foreign policy adviser, said on Thursday that she had information that "important documents" had been stolen from the Foreign Ministry.

The ministry, which a day earlier issued a statement about an attempted cyber-attack, would not comment on the adviser's remark.

"The riots outside the Seimas and in Rudninkai and various information emerging on the same day that important documents have been stolen from the Foreign Ministry," Skaisgiryte told LRT Radio. "Too many coincidences to be considered accidental."

Vytaute Smaizyte-Kuliesiene, a spokeswoman for the foreign minister, declined to comment on the information.

"We cannot comment on the presidential adviser's words," she told BNS. "The Foreign Ministry issued a press release yesterday and we are sticking to it."

The ministry said in the press release on Wednesday that it had "recorded an attempt to carry out an information-cyber-attack", adding that "the responsible authorities have been informed and an investigation has been launched".