Belarus fertilizer shipments via Lithuania to stop in December 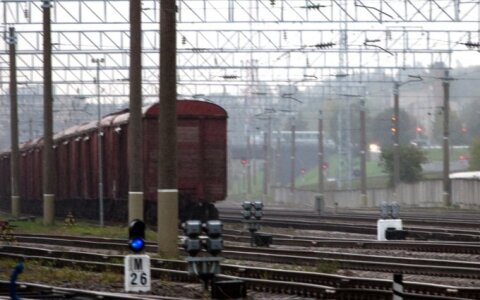 Shipments will be affected by the United States' new sanctions on Belarus, targeting, among others, Belaruskali, one of the world's biggest suppliers of potash fertilizers, according to Skuodis.

Fertilizers subject to sanctions account for around a third of freight transported by Lithuanian railways and through the seaport of Klaipeda, he said.

"We can say that the sanctions concern US entities, but we know from practice that banks will not accept payments for services provided in Lithuania in euros, not only in dollars," the minister told the Ziniu Radijas radio station.

"Companies refuse to have any business relationship with an entity subject to sanctions to avoid risk, and I can say with confidence say from December, when the sanctions come into force, fertilizers will stop moving through Lithuania," he said.

The minister predicts that freight flows will decrease before December, because many businesses want to prepare in advance and avoid any risks and inconveniences that may arise in the future.

Around ten percent of Belarusian fertilizers transported through Lithuania go to EU markets, with the rest travelling to China, India, Brazil and other countries, Skuodis said, adding that the price of potash fertilizers will rise by 80 euros per ton once the sanctions take effect.

The minister noted, however, that the situation has to be looked at from a broader perspective, not only in terms of losses.

"We are facing an emergency situation at the border that is managed but causes a lot of difficulties for officials and for everyone," he said.

"[It’s bad] to trade with the regime that deceives people to send them across the Lithuanian border into the EU, but if we put these considerations aside, it is a fact that there will be an impact and we were projecting it," he added.

Belarus fertilizer shipments via Lithuania to stop in December