China recalls its ambassador to Vilnius 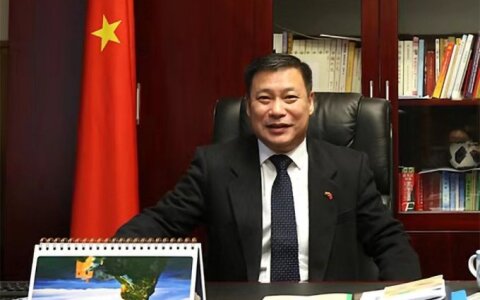 China's Foreign Ministry says the move comes in response to plans in Lithuania to open a representation of Taiwan.

"Recently, the Lithuanian Government, in disregard of China's repeated representations and articulation of potential consequences, has announced its decision to allow the Taiwan authorities to open a "representative office" under the name of "Taiwan". The decision brazenly violates the spirit of the communiqué on the establishment of diplomatic relations between China and Lithuania and severely undermines China's sovereignty and territorial integrity," the Chinese ministry said in a statement.

China also warned Lithuania that "there is only one China in the world and the People's Republic of China is the sole legal government representing the whole of China", and urged Lithuania to "immediately rectify its wrong decision, take concrete measures to undo the damage".

Moreover, China also warned Taiwan that that "Taiwan independence" is a dead end and any attempt at separatist activities in the international arena is doomed to fail".

Lithuania's Ministry of Foreign Affairs says it was informed about the decision to recall the Chinese ambassador to Lithuania earlier in the day. It was also suggested that Lithuania should recall its ambassador to Beijing.

The Lithuanian Foreign Ministry also said earlier that Lithuania is interested in expanding its cooperation with Taiwan in various fields, laying particular emphasis on the development of economic relations and cultural exchanges.

China recalls its ambassador to Vilnius