300 euros to be offered to migrants willing to go home 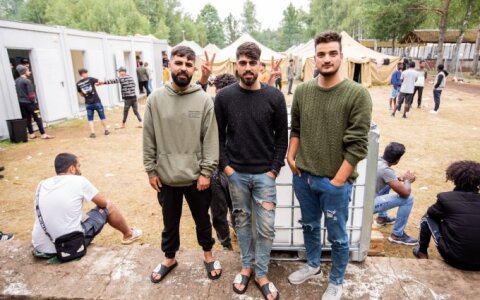 Foreigners will be informed of the possibility to lodge requests to voluntarily return. In such cases, tickets will be bought for such people and one-off payments of 300 euros will be made by the Migration Department or the State Border Guard Service.

Money in cash will be paid to foreigners at border checkpoints on the day of their return to foreign countries.

Lithuanian border guards have told 150 people, that were trying to enter Lithuania from Belarus in non-authorized places, to go back over the past 24 hours, the country's State Border Guard Service reports. It was a third day running when no migrants were allowed to enter Lithuania, the SBGS noted.

Over 4,000 illegal migrants have entered Lithuania from Belarus so far this year.

Lithuania has a state-level extreme situation declared over the migration influx which it says is being orchestrated by the Belarusian regime.

The country has recently introduced migrant push-backs which have reduced the influx of migrants significantly.

300 euros to be offered to migrants willing to go home