EU ambassador: it seems that flights from Iraq to Minsk cancelled for 10 days 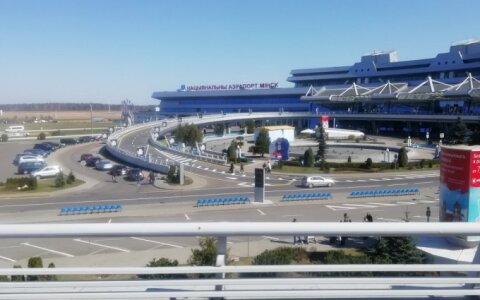 The European Union Ambassador to Iraq Martina Huth says flights from this country to Minsk should be cancelled for the upcoming ten days.

"From several sources, we have heard that flights are cancelled over the next ten days. It seems to be very reliable information. It seems that this has gone from Iraq Airways to all travel agencies in the country," the diplomat told BNS on Wednesday night, adding that he has not received an official notification from the Iraqi airline yet.

Huth also said the Iraqi government set up a committee on Tuesday to look into the alleged trafficking of Iraqi migrants to Lithuania via Belarus.

The European Union has been involved in negotiations with Baghdad to return Iraqi citizens who illegally crossed the Belarusian-Lithuanian border to their country of origin and convince Iraq to cut the number of flights to Minsk.

Based on information on Minsk Airport and Iraqi Airways' websites, the Iraqi airline had soon planned to launch flights to Minsk from Basra, Erbil and Sulaymaniyah.

Related articles
Head of SBG: state of emergency would limit access for migrant carriers
Border guards allowed to use mental and physical force against migrants

So far this year, Lithuanian border guards have detained more than 4,000 migrants – mostly Iraqis – compared to 81 in the whole of 2020. A state-level extreme situation is in place in Lithuania because of the ongoing illegal migration crisis.

Lithuanian officials blame the Belarusian regime for the unprecedented migration influx, describing it as "hybrid aggression.

EU ambassador: it seems that flights from Iraq to Minsk cancelled for 10 days