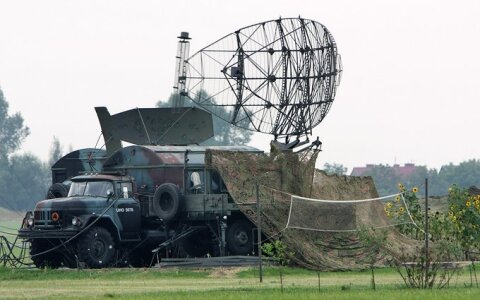 The Ukrainian owners of Lithuania's air defense systems developer and producer LiTak-Tak has submitted a claim to the Lithuanian government, saying they will turn to international arbitration if no deal is reached within six months.

LiTak-Tak, which is indirectly owned by Valeriy Boguslavskiy and Sergiy Perevarov, saw its operations ground to a complete halt last October after the Lithuanian government named the company as not meeting national security interests, based on the respective conclusion by a special governmental commission vetting strategic deals.

LiTak-Tak estimates that the amount of investments, as well as losses incurred and revenue lost due to the government's decision, exceeds 140 million euros.

At the company's request, Vilnius Regional Administrative Court ruled the decision unlawful. However, the government has appealed the judgment.

If no deal between the investors and the government is reached within six months, LiTak-Tak's shareholders intend to turn to the Washington-based International Centre for Settlement of Investment Disputes (ICSID) or other arbitration tribunal applying the UNCITRAL rules.

LiTak-Tak has received offers, worth more than 26 million euros, from NATO and EU countries on the purchase or upgrade of advanced radar systems, but it cannot fulfil these orders.

The company currently has in warehouses military equipment, worth 15.8 million euros, and other stocks, worth 4 million euros, that were intended for export under licenses issued by the Economy and Innovation Ministry but cannot be dispatched to customers.

LiTak-Tak estimates that it has suffered around 2 million euros in losses due to the government's decision and says it had to lay off a third of its 48 employees.