Army to contribute to protection of migrants' accommodation places 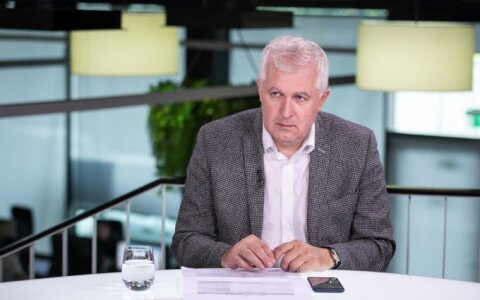 "We have received a new request, I believe, we will definitely take that into account. The Interior Ministry has asked for the army to contribute to the protection and control of the place of temporary accommodation," the minister told journalists on Wednesday.

"By providing people and equipment, the army will provide additional capacity for the protection of those places for local residents to feel safer," he added.

According to Anusauskas, the army should take care of the protection of 12 places where migrants are housed, including frontier stations.

Anusauskas did not specify how many troops are now assisting border guards.

"I can say that that capacity is much higher than the capacity of other institutions involved in border protection," the defense minister said.

Interior Minister Agne Bilotaite says every effort is being made to ensure the security of the places where migrants are accommodated.

"All those decisions are made for the public to feel safe," Bilotaite added.

Illegal migrants crossing into Lithuania from Belarus are now accommodated at the Foreigners' Registration Center in Pabrade, the Border Guards' School in Medininkai and at frontier stations. Moreover, a number of migrants have been housed at municipal premises in Alytus city and district, as well as Lazdijai, Varena and other districts.

Army to contribute to protection of migrants' accommodation places