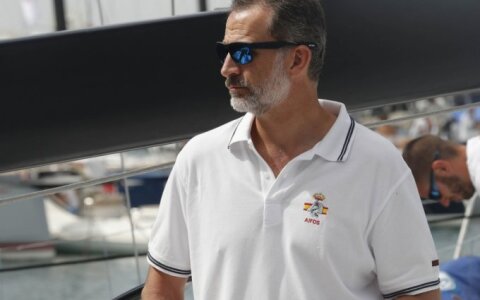 With the anniversary of the establishment of Lithuania-Spain diplomatic relations coming up next year, Lithuanian President Gitanas Nauseda on Thursday invited King Felipe VI of Spain to visit Lithuania.

“In view of the approaching anniversary of our diplomatic relations, I think we would be truly happy to see the King of Spain in Lithuania. And, perhaps, to play basketball with him, if this goes well,” he told reporters.

On Thursday, Nauseda met with Spanish Prime Minister Pedro Sanchez at the Lithuanian Air Force's Air Base in Siauliai.

“I thank very much the president for an invitation for the King of Spain to come to Lithuania,” Sanchez said.

Spain's King Felipe VI, 53, acceded to the throne in 2014 following the abdication of his father Juan Carlos.