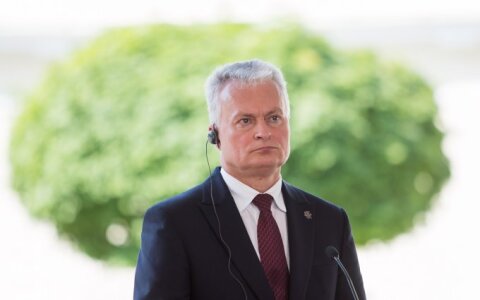 The meeting's agenda, among other things, includes strategic guidelines for the management of this crisis.

Those invited to the SDC meeting, besides other officials and heads of institutions, also include, the chairman of the Committee on National Security and Defense, the interior minister, the foreign minister, commander of the State Border Guard Service, as well as the head of the Association of Lithuanian Municipalities.

The State Defense Council considers and co-ordinates key matters of state defense. It consists of the prime minister, the speaker of the Seimas, the minister of national defense and the commander of the Armed Forces.