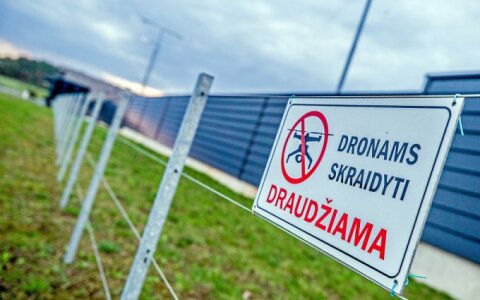 Several dozen intelligence officers have this year left Lithuania's State Security Department amid an ongoing reorganization within the intelligence institutions. They also included a whistleblower who informed institutions in 2019 about allegedly illegal action involving checks of President Gitanas Nauseda's circle of people, the delfi.lt news website reports on Thursday.

The officers who lost their jobs say the reorganization was launched soon after the whistleblower provided information to the then chairman of the parliamentary Committee on National Security and Defense, adding that the changes were aimed at getting rid of people disloyal to the department's leadership.

Some officers were dismissed as part of the reform, others left before the end of it, the website writes. Among them, there were also persons in leading positions. They also included the high-ranking officer who was granted a whistleblower's status in 2019 after he turned to the CNSD chairman Vytautas Bakas over alleged illegal action at the SSD. He left the SSD before the end of the reform, delfi.lt notes.

BNS reminds that SSD director Darius Jauniskis said on July 1, 2020, he was initiating a structural reform of the intelligence service.

In March, 2020, BNS disclosed the information provided to the CNSD chairman and other institutions, showing that the SSD, under the orders of its leadership, collected information in 2018-2019 about the then-presidential candidate Nauseda's circle of people, as well as about diplomat Vygaudas Usackas.

The SSD rejected the accusations and stated that it acted within the law.

Following an investigation, the CNSD concluded that the SSD acted lawfully by checking presidential candidates' environment but proposed changing its rules and refrain from verbal orders to check people.