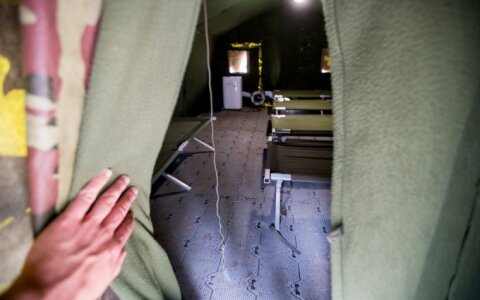 Lithuanian border guards have detained 150 illegal migrants over the past 24 hours, the State Border Guard Service (SBGS) reported on Friday.

The number of migrants detained over 24 hours had been the highest on record, SBGS spokesman Giedrius Misutis told BNS adding that it exceeded previous record numbers nearly threefold.

The majority of 150 illegal migrants have already asked for asylum in Lithuania. All foreigners will be tested for COVID-19 and will be isolated until the results are available.

Faced with an influx of migrants, Lithuania has been recently beefing up the protection of the Lithuanian-Belarusian border, involving members of other services, including officers on a mission from Frontex, the European Border and Coast Guard Agency, who are set to join Lithuanian border guards in patrolling Lithuania’s border with Belarus.