Visits to Ankara and Baghdad being arranged to tackle illegal migration 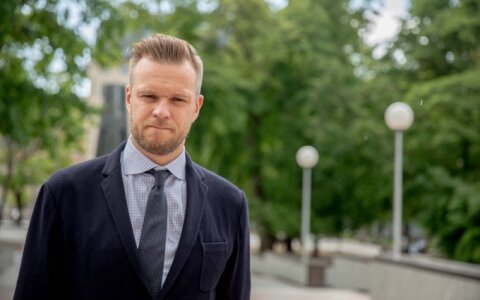 Political and expert visits to the capitals of Turkey and Iraq are being arranged at present as part of efforts to tackle the problem of illegal migration to Lithuania, which has become more acute in recent weeks, Foreign Minister Gabrielius Landsbergis has said.

“Visits with a delegation from various governmental agencies are being arranged to Ankara in Turkey and Baghdad in Iraq. We have discussed the possibility to have a meeting with the foreign ministers of both Turkey and Iraq. What is most important, these will not be just meetings on a political level as we also make arrangements for delegations to have a possibility to meet with border guards, with representatives of security authorities and establish direct contact,” he told reporters on Thursday.

The minister said that he had personally sent Lithuania’s requests to help identify the migrants detained in the country to the foreign ministers of the two countries. He described the identification of migrants and the return of persons not matching the criteria of a political refugee as priorities.

“By identifying people we can grant them the status of a refugee, in other words, we find out whether they can be granted the status of a political refugee. If not, we have to seek to repatriate those people back to the country where they came from,” Landsbergis explained.

Turkey applied stringent rules and collected biometric data, including fingerprints, he said adding that “people have passports” both in the airport of Istanbul and the airport of Baghdad, “which means they can be identified”.

“Hence, if we manage to agree on those principles of cooperation, it would be much easier to identify those persons in Lithuania, in particular, if they arrive through the airport of Istanbul. This would allow launching the process of repatriation,” Landsbergis said.

Nearly 700 illegal migrants, mainly Iraqis, have been detained so far in Lithuania, having crossed in from Belarus, up from 81 such foreigners detained in full 2020.

Lithuanian officials suspect the Belarusian regime is behind the recent increase in the inflow of illegal migrants.

Visits to Ankara and Baghdad being arranged to tackle illegal migration