Semiotics professor Martinelli: the music in film is as important as its author wants it to be 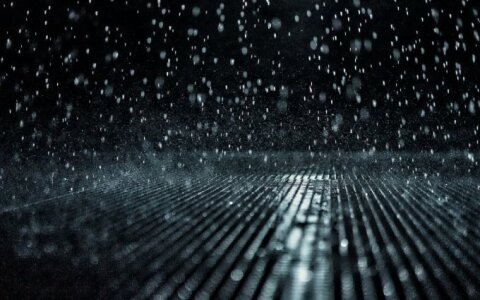 When sound was introduced in cinema, producers saw an opportunity to get additional profits, besides the cinema tickets, by selling music. At the time, there were no VHS, DVD, or other ways to reproduce the film, but there were records and music sheets, and those could be sold in association with films if cleverly promoted. Entire films were designed to revolve around one song that the latter would receive the spotlight, people would remember it and buy the record.

With that in mind, this particular strategy was in time refined and enriched. James Bond songs are an interesting case. There is always great anticipation before the new Bond film, but equally, there is great anticipation before the associated song, especially because it is often performed by the singer of the moment; Carly Simon in 1977, A-Ha in 1987, Adele in 2011, Billie Eilish in 2020.

Related articles
Midsummer in Lithuania: what the upcoming Joninės will be like
Lithuanian-born singer from France GiedRé: at some point, you have to come back to granny's piano  (1)

Original storytelling is undergoing a crisis

Whilst talking about trends, we need to exclude many remarkable exceptions and just talk in general. In that respect, I would probably underline three aspects.

From the point of view of subjects and narration in general, there is an evident crisis of originality. The same subjects are exploited repeatedly through remakes, sequels, prequels, adaptations from other media (even video games!) or real events, constructions of interconnected sagas, and even reboots. This is quite a far cry from some of the golden ages of cinema in different cultures, that were characterized first and foremost by original stories and deconstruction of conventional narratives, for instance, the American New Wave, the French Nouvelle Vague, the Italian Neorealism, and plenty of others.

From the point of view of aesthetics, we are witnessing a bit of a return to the visual mannerism that characterised directors like Visconti, Bergman or Kubrick. I am thinking of Wes Anderson, of course, but also Paolo Sorrentino, Zhang Yimou, Terrence Malick and several others. Some people do not like that approach too much, considering it an excessive attachment to the form that hides a lack of substance, but I enjoy that obsessive care for details, colours, symmetry and others. Cinema remains a multi-sensorial experience wherein visuality plays a crucial role: we still use the verb to watch for films, as opposed to listen to, experience, read, perceive. And I like the fact that the hand of the director is very visible: it’s not a rule, but usually the director is my first criterion for choosing whether to watch a film. More than the story, the actors or the genre. 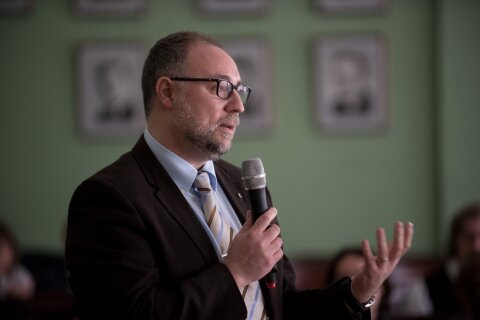 In conclusion, the third important trend is the taking over of the streaming services like Netflix or Amazon Prime in the film industry – for the better and the worse. Certainly, the cinematic experience as such may have lost some charm, but in return, we have gained more freedom of expression for authors, who do not feel the constraints of certain formats and marketing rules. Once the movie is online, it can be enjoyed at any time and condition, so the authors do not have the preoccupation to adapt to a frame. The fact that some of the best and most original recent films were produced by Netflix – Roma, The Irishman – is rather significant, in this respect.

If music contradicts the image, it is the music we trust

Music is as important as an author wants it to be. And that includes the total absence of it if one deems it necessary. But once you decide to assign a role to music, that role can be very important, when not fundamental. Music can comment, describe, anticipate, contradict, warn, encourage. At the best of its abilities, a soundtrack establishes a complementary dialogue with the images that makes the overall result more profound and meaningful. There are cases when the music blends so well with the rest, that you do not even notice it – as it is part of the whole thing. Composer Korhan Futaci once said that the best soundtrack music is the music you don’t hear, and there is a lot of truth in that.

Then again, sometimes the music takes over and becomes the main attraction of the movie, and that may also be good. Some of the greatest movies were literally defined by the music in them. It is difficult to think about Easy Rider without that wonderful selection of late 1960’s songs. Also, I cannot think of Sergio Leone without thinking of Ennio Morricone, or Lynch without Badalamenti, and so forth.

Finally, what I always tell my students is that music may bear a level of credibility in front of the spectators’ eyes that is higher than everything else. Why so? Because we kind of expect images and dialogues to deceive us in some way, especially if it’s the kind of movie where deception is important – thrillers, detective stories and others. However, when it comes to music, if we have a situation where the images say something and the music says something conflicting, it is the music we trust. A silly example would be a person stumbling and falling, set to a funny, upbeat soundtrack. The event in itself may be quite sad, even tragic (imagine falling from the top of a building), but if the music says comedy, then it’s a comedy – we laugh at the poor guy, we don’t feel sorry.

Symbiosis of film and its soundtrack

Genre is something that people regard suspiciously nowadays, both in music and in cinema. If you ask a band what genre do they play, they usually get quite irritated and start the standard monologue on how they do not want to be framed in some preconception, how they like to fluctuate across different styles, how genres are dead, and so forth.

Then, of course, most of the times you listen to that band, and it is perfectly clear what genre they play, and you don’t see much of a fluctuation at all. Having said that, there are a few considerations to make. Historically, cinema has often had favourite genres they would recur to more often than others. Late romantic symphonic music, for instance, has been a standard reference for decades in European and American cinema, or Nouvelle Vague developed a strong affection for jazz.

Musicals, before the 1960s and the 1970s, brought fresh air – Hair, Rocky Horror Picture Show, Jesus Christ Superstar – were rather faithful to the Broadway musical paradigm. So, one may say that some genres appear to be more suitable for a film than others. Alternatively, and this is what I believe it was fashions and conventions that invented this suitability. Once, say, a soundtrack in the style of Tchaikovsky proved to be effective, it became a formula, and composers recurred to it over and over, without attempting too much innovation. Then, luckily, some breaking point would occur, and, if successful, it would become a new formula and encourage other composers to go that way. So, little by little, we got more variety. Examples of breaking points are, for instance, Pink Floyd’s and Goblin’s soundtracks in the field of progressive rock, or Vangelis in electronic music.

On the other hand, we have movies that are kind of designed to be associated with a specific genre, and in those cases, we see the film and the soundtrack developing a symbiosis in which it’s difficult to say what’s more important. I mentioned Easy Rider in relation to late 1960’s music, I could add the whole genre of Blaxploitation to funk and fusion, or the way Quentin Tarantino seems to always find the right song for any sequence or that combination of seduction and pathos that Bond songs require.

Semiotics professor Martinelli: the music in film is as important as its author wants it to be