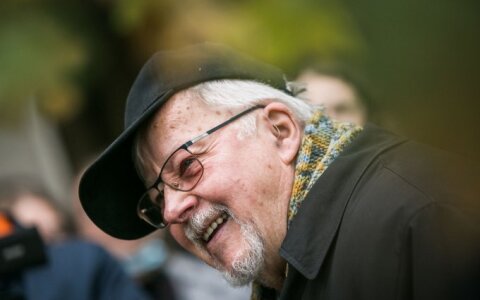 Lithuania’s Seimas on Wednesday started debating a bill under which Vytautas Landsbergis, Lithuania's first post-independence leader and former chairman of the Supreme Council-Reconstituent Seimas, would be granted the status of the head of state.

The bill on the legal status of the former chairman of the Supreme Council-Reconstituent Seimas passed the first reading in the parliament with 71 votes in favor, 24 votes against and 24 abstentions. It will now go to parliamentary committees and will be submitted for the second reading in the fall.

MPs who voted in favor included the Conservatives as the initiators of the bill as well as the MPs representing the Liberal Union and the Freedom Party. Those who voted against the bill or abstained included the MPs representing the opposition Lithuanian Farmers and Greens Union, Social Democrats, the Labor Party and the political Group of Regions.

The authors of the bill argued that it was high time to acknowledge that Lithuania had the head of state in the period between the restoration of independence in 1990 and the presidential elections. Meanwhile, opposition MPs accused the ruling majority of attempts to rewrite history.

Viktorija Cmilyte-Nielsen, Speaker of the Seimas and one of the initiators of the bill, stressed that the bill was “a sign of respect and recognition of a person who played an exceptional role in the Lithuanian State”.

“It is high time to acknowledge the contribution made by professor Vytautas Landsbergis and I think that this parliament could pass that decision,” she said while presenting the bill.

Meanwhile, opposition MPs criticized the bill, which they described as an attempt of the ruling coalition to “rewrite history”.

“We lived through that period and are perfectly aware of the situation at that time and we participated actively but I think that it is a way to rewrite history,” Arturas Skardzius, a representative of the parliamentary opposition, said.

Previous attempts to secure the head of the state status for Landsbergis fell through during the previous parliament as the initiative of the then Speaker Viktoras Pranckietis failed to garner sufficient political support.