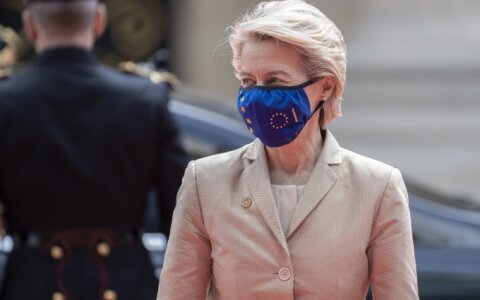 The presentation of the so-called "New Generation Lithuania" plan, which the country submitted to the Commission in mid-May, to von der Leyen will likely take place at an energy facility, according to the prime minister.

"Arrangements for the European Commission president's visit were started last week when I was on a visit to Latvia. Possible places for the presentation of the so-called new generation plan were discussed," Simonyte told reporters in the western town of Gargzdai.

"We decided that this should be an energy project, because synchronization is very important for Lithuania and the new generation plan pays considerable attention to the synchronization aspect," she said.

The date of the visit is yet to be finalized, according to the prime minister.

Von der Leyen is expected to visit most of the EU member states.

The Lithuanian government submitted its 2.2-billion-euro national economic recovery plan, dubbed "New Generation Lithuania", to the Commission on May 14.