Some 73 migrants accommodated in tent camp at Foreigners Registration Center 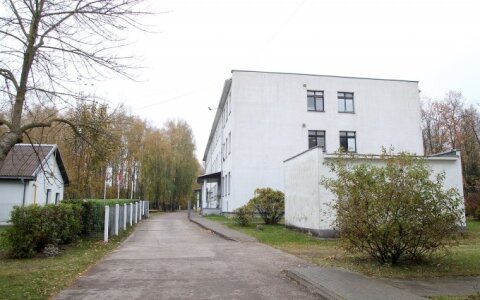 A total of 73 migrants, including 27 persons in isolation, have already been accommodated at the tent camp built at Lithuania’s Foreigners' Registration Center (FRC) in Pabrade, spokesman for the State Border Guard Service (SBGS) told BNS on Friday.

According to Giedrius Misutis, most of those accommodated in the tent camp were single men.

The tent camp installed at the Center has been divided into two blocks: a block for isolating migrants and a block for accommodation. The territory of the camp also features necessary amenities, including showers, washrooms, toilets and catering premises.

A total of 405 illegal migrants, mainly Iraq citizens, have tried to enter Lithuania from Belarus so far this year, which is five times more than over the whole year of 2020, according to the data from the SBGS.

Lithuanian Interior Minister Agne Bilotaite said earlier that the dramatic increase in the flow of illegal migrants to Lithuania was the conscious policy pursued by the Minsk regime’s against Lithuania, which showed that a hybrid war had been launched against the country.

Some 73 migrants accommodated in tent camp at Foreigners Registration Center