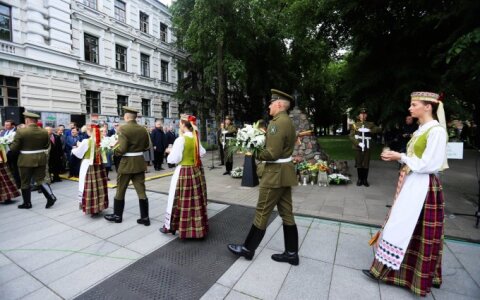 The Day of Mourning and Hope is marked in Lithuania on Monday. 80 years ago the Soviets started mass deportations of Lithuanian residents into remote areas of the Soviet Union after the Baltic country's occupation.

Events will be held in Vilnius and other places across Lithuania to mark the date.

The Soviet Union occupied Lithuania on June 15, 1940, and imprisoned and deported some 280,000 Lithuanian citizens over the occupation period.