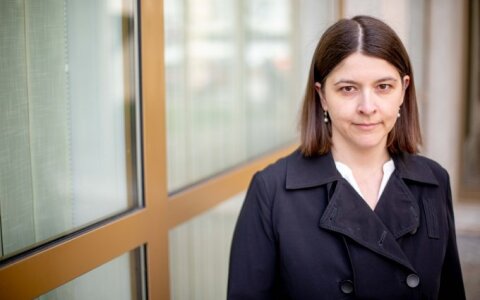 Lithuania’s Finance Minister Gintare Skaiste stressed the importance of fairness of a tax system during a meeting of the task group on the review of tax exemptions, which on Wednesday discussed sectoral tax advantages.

“A fairer tax system would help collect more budget revenue from those particular people who are truly able to contribute to the creation of our state. Naturally, there is a need for higher income in order to pay for higher quality services of the public sector, to improve wages in the public sector as well as to increase pensions, as envisaged in the program of this government,” a press release from the Finance Ministry quoted Skaiste as saying.

She also stressed the importance of a common regulatory framework and emphasized that profit tax should be calculated and paid in the same way irrespective of the sector.

Private needs should be accounted as private and taxed accordingly in order to prevent fraud and tax evasion at the expense of a respective company, the minister said.

In addition, Skaiste pointed to the need to facilitate business and reduce the administrative burden on small and mid-sized enterprises.

“Today, it is very important to talk about improvements in the business environment for small and medium-sized enterprises through … the harmonization of tax treatment … and simplification of bookkeeping and tax administration,” the minister said.

The task group studying tax exemptions and other changes plans to shape its proposals in October.