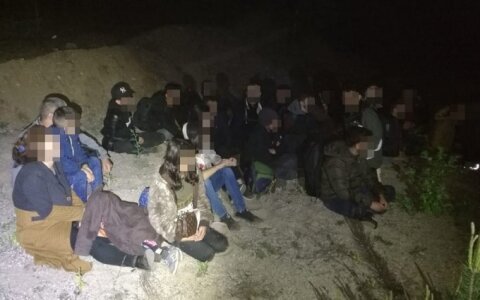 It was reported earlier in the day that two groups of 6 and 9 people respectively were detained early Friday morning. Border guards are looking into which country's citizens they are.

Later on, the SBGS said another group of 17 migrants were detained. They all will now undergo COVID-19 testing and identification procedures.

Some 329 illegal migrants, mainly Iraqis, have tried to enter Lithuania from Belarus this year, according to the data from the State Border Guard Service (SBGS). The figure is four times higher than over the whole year of 2020.

Following the international community's reaction to the diversion and forced landing of a passenger plane in Minsk and subsequent detention of an opposition blogger, authoritarian Belarusian leader Alexander Lukashenko said his country would no longer stop migrants, which Lithuania considers the Minsk regime's conscious action against Vilnius for its strong support for democratic processes in Belarus.