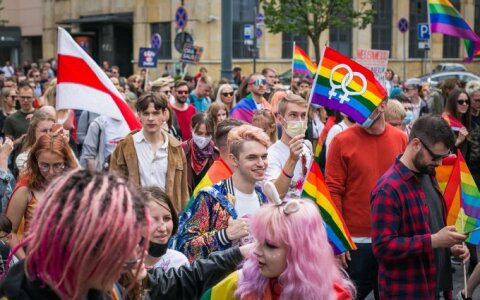 The local authority of Kaunas has denied a permit for an LGBT Pride march in the center of Lithuania’s second largest city arguing that it is necessary for the sake of the participant's safety.

“Pursuant to legislation, we cannot restrict the freedom of self-expression and prohibit such marches. The local authority is neither in favor nor against such an event. However, first and foremost, we have to ensure and take care of the safety of all Kaunas residents and guests,” Paulius Keras, deputy director of Kaunas Municipal Administration, said in comments sent on Thursday.

Potential routes of the march had been rejected either due to infrastructure renovation works in progress at certain sections along the proposed paths of the parade or due to “disproportionate inconvenience” the march would bring to local residents, he added.

Last week, the organizers of the parade asked for a permit to march via Laisves Aleja (Freedom Alley), the local authority said adding that safe and smooth passage of a large number of people along the alley could not be ensured due to its continuing reconstruction, among other things.

Organizers have said that the Kaunas Pride parade is planned to be held in Kaunas on September 4.