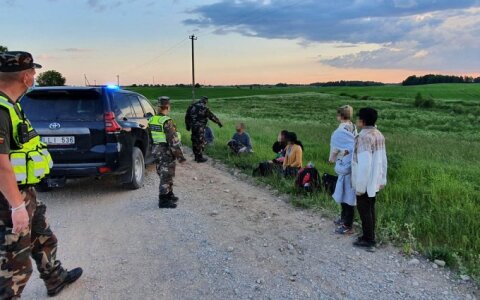 Lithuania’s Foreigners’ Registration Center (FRC) in Pabrade will likely need to build a tent camp to accommodate the growing numbers of migrants entering the country.

“That is a way out indeed and, in view of the situation today, we will need a tent camp for the foreigners who are being admitted to the center because buildings, infrastructure or accommodation premises do not appear miraculously in one night or two,” Aleksandras Kislovas, the head of the Center, told the LRT radio on Thursday.

He pointed out that the Center would ensure the same quality of services to all foreigners and added that tents would be fully equipped with necessary heating and cooling equipment.

“These tents certainly have nothing to do with tourist tents. These are modern tents with ventilation, with a conditioning, heating system,” Kislovas pointed out.

He estimated that the Center could accommodate approximately 350 people in the tent camp.

Almost 300 illegal migrants, mainly Iraqis, have tried to enter Lithuania from Belarus this year, according to the data from the State Border Guard Service (SBGS). The figure is 3.5 times higher than over the whole year of 2020.