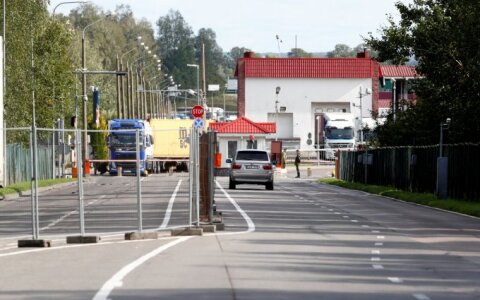 Belarus has stopped a Lithuanian vehicle carrying diplomatic mail, leading to a strong protest from Lithuania's Foreign Ministry over the violation of the Vienna Convention on Diplomatic Relations.

At Medininkai border crossing point, Belarusian officials demanded that diplomatic seals were removed and the car opened. When Lithuanian diplomatic couriers refused, they were forced to turn back to Lithuania, the ministry said.

"Belarusian officials have hindered the passage of the diplomatic couriers, which is a grave breach of the Vienna Convention on Diplomatic Relations. Belarus has once again demonstrated that this country undermines all the rules of civilization. There is a raving dictator in the centre of Europe," Minister of Foreign Affairs Gabrielius Landsbergis said in a statement.

On Friday, a representative of the Belarusian Embassy has been urgently summoned to the Ministry of Foreign Affairs of Lithuania and handed in a protest note over the detention of the diplomatic vehicle at the Lithuanian-Belarusian state border.

Under the Vienna Convention, diplomatic mail cannot be opened or detained, and diplomatic couriers are subject to a hosting country's protection. Such couriers have immunity and cannot be detained in any form.