President and government officials agree to raise defense budget to 2.03 pct of GDP 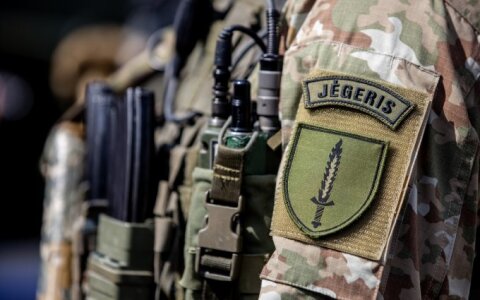 Lithuanian President Gitanas Nauseda and government officials agreed on Thursday to increase this year's defense budget to make sure that it meets the 2 percent of GDP defense spending target, the president's office said.

Lithuania's faster-than-projected economic growth has put the country at risk of falling short of the goal.

Skaiste signed a respective decree on Thursday, it said.

Lithuania's budget law allows the Finance Ministry to borrow funds to ensure that defense spending does not fall below 2 percent of GDP.

Based on the Organization for Economic Cooperation and Development's 2021 forecasts published in May, the Lithuanian economy is expected to grow faster than earlier projected, meaning that the country's defense spending relative to GDP would be lower, at 1.99 percent.

President and government officials agree to raise defense budget to 2.03 pct of GDP