Nauseda on Putin and Lukashenko's meeting: Belarus depends on Russia 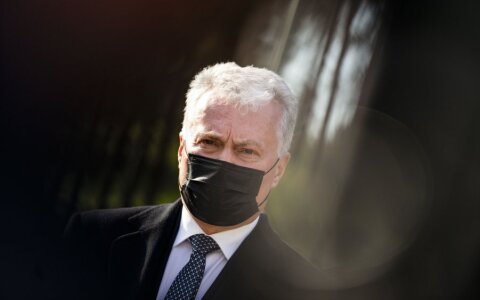 "This only once again clearly shows how much Belarus depends on Russia and how many ties it has, and even if the Belarusian dictator sometimes speaks about some kind of independence defense or some independence in one or another area, we should not be fooled by this as we need to understand very clearly that this state is dependent on Russia in all respects and we should not even have the slightest illusion about that," Nauseda told journalists on Monday.

"We need to prevent the Belarusian dictator by all possible civilized means from the action we have recently faced, and the best way to do that is to raise the price of such action to the maximum for such action to be expensive and painful. There's just no other way to change the behavior model," he added.

Related articles
US ambassador to Belarus to temporarily reside in Vilnius
Landsbergis: situation in Ukraine worse than before Crimea's annexation

Decisions on sectoral sanctions for Belarus can be expected soon, the Lithuanian leader said.

"I would like to express my delight over the swift and determined decision the European Council made some time ago when it responded, practically over the course of 40 hours, to what happened in Belarus. I do believe this determination and very clear understanding of the threat has gone through the whole EU institutional hierarchy. Therefore, the decision can be expected shortly," the Lithuanian leader said.

On May 23, a Ryanair flight en route from Athens to Vilnius changed course just before crossing into Lithuanian airspace and was diverted to Minsk where it landed. Belarusian opposition activist, blogger and founder of the Nexta information channel Raman Pratasevich was detained after the plane landed in Minsk, alongside his girlfriend Sofia Sapega, a Russian citizen and student of the Vilnius-based European Humanities University.

In response to this incident, EU leaders later banned Belarusian airlines from flying into the block and urged EU airlines to avoid the Belarusian airspace. The EU is also considering introducing sectoral sanctions to step up pressure on Belarus.

Nauseda on Putin and Lukashenko's meeting: Belarus depends on Russia