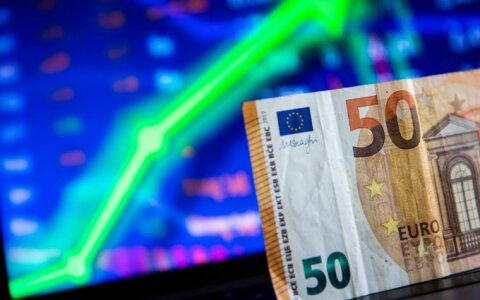 Frozen or cut off economic ties with Belarus would have a much more painful affect on this country than on Lithuania as the impact on the latter would be short-lived and would not affect all areas, economists say.

"With this action, Belarus would lose very much, compared to any gains. The losses, first of all, would include travelling, and there are already sanctions on flights already. The second and the most important things is that if we want to put pressure on Belarus, we need to review its export of oil products specifically," Marius Dubnikovas, a financial analysts and vice president of the Lithuanian Business Confederation, told the lrt.lt news website.

"This country imports oil very cheaply, refines it and exports to Western Europe. If the latter rejected that, that regime would really go bust," he said.

Exports important for Belarus go via Lithuania as other export routes would be too expensive for Belarus. But if those are halted, some Lithuanian companies would also suffer as Lithuania import raw materials, including metals and wood, from Belarus.

Statistics show that Belarus comes 13th in terms of imports for Lithuania and 11th in terms of export volumes. Lithuania transports goods produced and reloaded in Europe to Russia via Belarus.

Last Sunday, a Ryanair flight en route from Athens to Vilnius changed course just before crossing into Lithuanian airspace and was diverted to Minsk where it landed. Belarusian opposition activist, blogger and founder of the Nexta information channel Raman Pratasevich was detained after the plane landed in Minsk, alongside his girlfriend Sofia Sapega, a Russian citizen and student of the Vilnius-based European Humanities University.