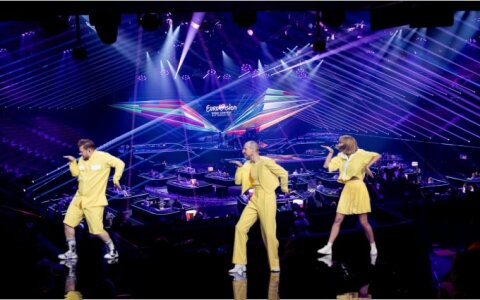 Lithuania’s The Roop will perform 18th in the Grand Final of this year’s Eurovision Song Contest on Saturday, May 22, the organizers of the show reported.

The Lithuanian band will perform its song "Discoteque" after Bulgaria’s act and before Ukraine’s performers.

The Roop will compete with acts from 25 countries.

Lithuania has been the only Baltic country to qualify for the Grand Final of the 65th edition of the contest.

Bookmakers’ favorites to win the contest include Italy and France.

The Roop won Lithuania's national Eurovision selection last year, too, but the contest was cancelled due to the pandemic.

The 65th edition of the Eurovision Song Contest is being held in Rotterdam under strict coronavirus precautions.

The country's best-ever Eurovision finish came in 2006 when LT United with their song "We are the Winners" placed sixth in Athens.