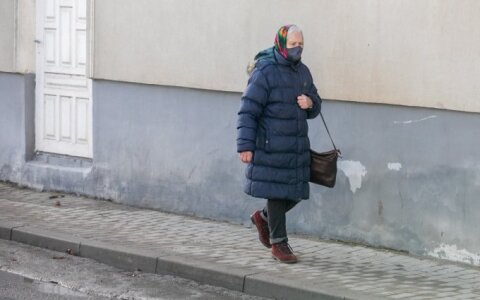 The Lithuanian government is on Tuesday presenting its proposal to pay a 28.63-euro monthly supplementary pension to lone seniors and people with disabilities as of July to the parliament for approval.

The monthly allowance would be equal to the widow's and widower's pension. The supplementary pension would be raised to 32 euros next year and would be paid to all single seniors and people with disabilities who are widowed, divorced or have never married.

Social Security and Labor Minister Monika Navickiene estimates that around 60,000 people would receive a supplementary pension this year and over 400,000 would be eligible for a 32-euro allowance for lone persons and widows or widowers starting in 2022.