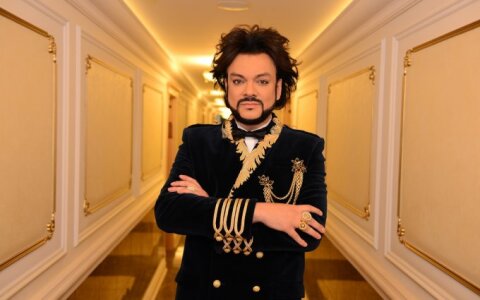 Vilnius Regional Administrative Court will on Monday start hearing an appeal filed by Russian performer Philipp Kirkorov against the migration authority's January 19 decision to ban him from entering Lithuania for five years.

The case will be heard under a written process procedure.

Kirkorov, who has dual citizenship, Russian and Bulgarian, seeks to overturn the ban, which the Migration Department imposed at the Foreign Ministry's request on January 19.

The court’s documents specify the Migration Department as the respondent in this case and the State Security Department and the Foreign Ministry as the interested third parties.

Foreign Minister Gabrielius Landsbergis earlier said that the well-known performer, during his multiple visits to the annexed Crimean Peninsula, "deliberately denied the territorial integrity and sovereignty of Ukraine and thus indirectly justified the aggressive actions of the Russian Federation".

Kirkorov's participation in concerts in Crimea "significantly harms the national security of Lithuania", the minister then added.