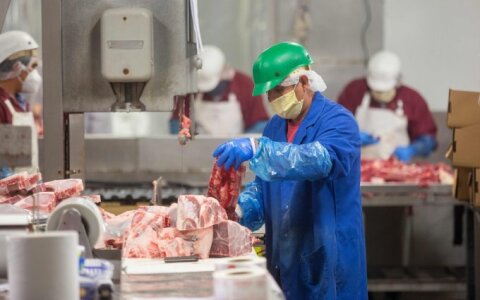 The Lithuanian government on Friday approved a 2.2-billion-euro national economic recovery plan, dubbed “New Generation Lithuania”, and would now send it to the European Commission.

The plan might still be adjusted but any corrections would be more of a technical nature and would not modify its content, Finance Minister Gintare Skaiste said at the Cabinet’s meeting.

“Negotiations with social and economic partners have been finalized and certain changes have taken place. As regards the technical part, we are indeed sending [the plan] officially to the European Commission today but some technical changes are still possible,” she said.

The ministry earlier said that the Commission would have two months to formally assess the plan and, if there were no comments, would refer it for approval to the European Council, which would have one month for this procedure.

According to the ministry, the European Economic Recovery and Resilience Facility foresees grants of 2.225 billion euros for Lithuania, which will be used for investment in the green transition, digital transformation, healthcare, social affairs, research and innovation, education, and public governance.