Pandemic slowing down amid record testing 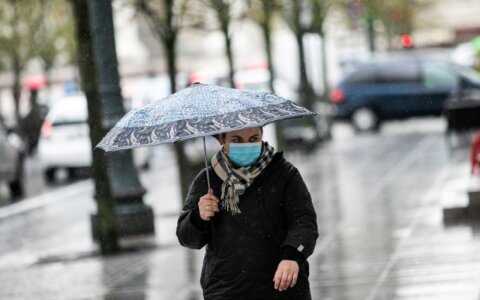 Coronavirus testing has hit record heights in Lithuania, but the daily count of new positive cases is not rising, indicating a slowing pace of the pandemic, the government said on Wednesday.

However, the daily number of positive cases stopped rising and the pace of the pandemic began to decelerate for the first time in two months.

The number of hospitalizations has stopped growing in all regions, except for Siauliai-Telsiai where new infections and the hospital occupancy rate are on the rise.

The Kaunas-Marijampole region also sees an increase in new positive cases, but the hospital occupancy rate there is stable, at least for now.

"The situation in hospitals remains tense, but growth has stopped in the regions of Vilnius and Kaunas," the government said.

The British strain of the coronavirus and its variations, which are not resistant to the vaccines, continue to dominate across Lithuania, but the African variant is spreading little by little, too.

Pandemic slowing down amid record testing