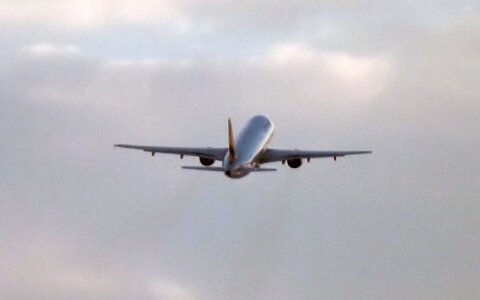 The United Kingdom on Tuesday deported 22 Lithuanians who broke the country’s law and were convicted, the State Border Guard Service reported.

The deportees aged 20–51 arrived in Vilnius on a special flight from London that landed in the Lithuanian capital approximately at noon. The Lithuanians were accompanied by 70 UK’s police officers.

A check of documents performed at the border checkpoint at Vilnius Airport revealed that three of the deportees, including one crime suspect and two persons who sought to escape from military service, were on the wanted list of Lithuanian police.

The crime suspect was handed over to Vilnius police while the two individuals who sought to escape from military service were given induction notices.

The remaining persons were released after questioning. They will have to self-isolate for a prescribed period of time under the existing regulations.

All deportees were tested for COVID-19 before departing from the United Kingdom and all tests were negative, the State Border Guard Service reported.

According to the data made available by the service, border guards have detained 194 persons on wanted lists of Lithuanian or foreign law enforcement authorities so far this year.