Lithuanian-born singer from France GiedRé: at some point, you have to come back to granny's piano 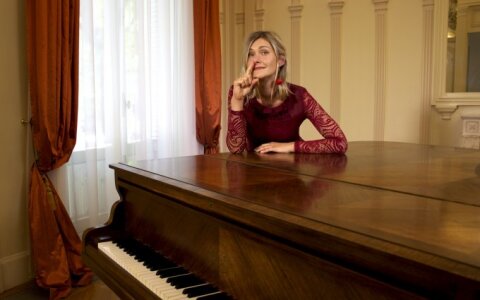 Her new album "Chansons romantiques au piano" [Romantic Piano Songs] will be released on June 16. It tackles diverse topics such as hair, plastic bags and love.

- When did you arrive in France?

- We arrived with my mother and my brother in 1991, just after Lithuania's independence, and first lived in the suburbs of Paris.

My grandmother made my mother learn French during her youth. It was such a sign of great intellectual class for her. With my brother, we learned it at school. And then we stayed; we took advantage of the system, the social security, and all that.

- Today, do you feel more Lithuanian or French?

- Somewhere in between. In France, I feel like a Lithuanian. But in Lithuania, I notice that I'm a bit off the mark. I could indeed acquire the French nationality aged 18 – I had lived longer in France than in Lithuania, but I didn't. I thought that there are a bit less than three million Lithuanians, so if I leave, that's already one less. Then we'll end up being 750 for real!" [laugh] So I retained my nationality. I only own a Lithuanian passport.

Related articles
Ambassador of France to Lithuania: there is much to be learned from both sides
Facing pandemic: fall in exchange students and introduction of new practices

- What do you like to do when you come back to Lithuania?

- I go to the countryside, near Molėtai, where I spent my childhood summers. It's a bit silly, but I always do the same things, like rituals: go for walks, swim in the river. I don't give a damn about the new trendy restaurants. I prefer to prepare dark rye bread toasts and eat my aunts' pancakes. 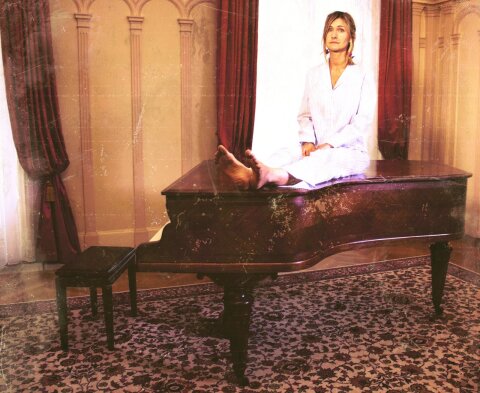 - How do your French friends react when you invite them to Lithuania?

- It evolved really, really quickly! At the very beginning, when I was going back to Lithuania with my classmates, I could see it was like taking them to the set of Little House on the Prairie. They were thinking, "Wait, I don't understand, there is no toilet? Is it an outhouse? But I don't want to poop in a hole!" Such things don't exist anymore. Nowadays there's a lot of tourism. Before, I could say, "Yeah, I come from a country no one knows, I'm super mysterious…" What a load of rubbish! [laugh] Today everyone is heading there for the weekend!

- How did you get into music?

- I got into music to fill a lack of a CD player. When I arrived in France, a friend of my mother offered me a CD, Celine Dion's "D'eux" but I did not have how to listen to it. So I sang my own tunes on the lyrics for months! When we bought a CD player, I was, indeed, very surprised: it was so different from my tunes!

As a child, I also learned the piano. But in my teenage years, I considered it to be for losers. Time had come for me to be cool, that is have slightly greasy hair and a guitar. Then I realized that greasy hair is cool for Kurt Cobain but gross for a 15-year-old girl, so I washed my hair but kept the guitar. And I found out there is a scam with this instrument: with only four chords, you can make 10 Beatles al-bums! [laugh] So I thought, "Well, I'll write my own songs too!"

- I saw part of your clothes come from Humana, the second-hand retail chain, is that true?

- Absolutely! But be careful, not all Humana shops are equal: Humana Vintage near Rotušė [Vilnius town hall] is the best! I think it's the first place I head to when I arrive in Vilnius. Some of my stage dresses come from there, by the way – I paid for them 3 €, so good!

- How do people react to your name, Giedrė, in France?

- It's the first thing they ask about: "Oh, where does it come from? Uh, it's strange! How do you pronounce it?" One day, I even had a hotel room booked for Mr Guy Dré. I guess they were expecting to welcome the Alsatian cousin of Dr Dre. [laugh] They must have been disappointed.

In Lithuania, when I meet new people, and they don't ask all those questions, I think, "Holy shit! It's true: there's a place on Earth where my name is normal!"

- What is the attitude of your audience when they find out that you are Lithuanian?

- First, they think, "Ok, so it's not a stage name!" I try to explain that, for a stage name I would have taken Delphine or Sophie – not something unpronounceable, that people think is the name of a medicine! [laugh]

In any case, I'm pleased: some of them care about Lithuania, or when they write me a letter, translate a sentence in Lithuanian with Google Translate, or it inspires them to go there. I was super happy about that! I called the tourist office and said, "Guys, I'm sending you people!" Well, no answer. [laugh] They consider that I am not involved; they might have come anyway. 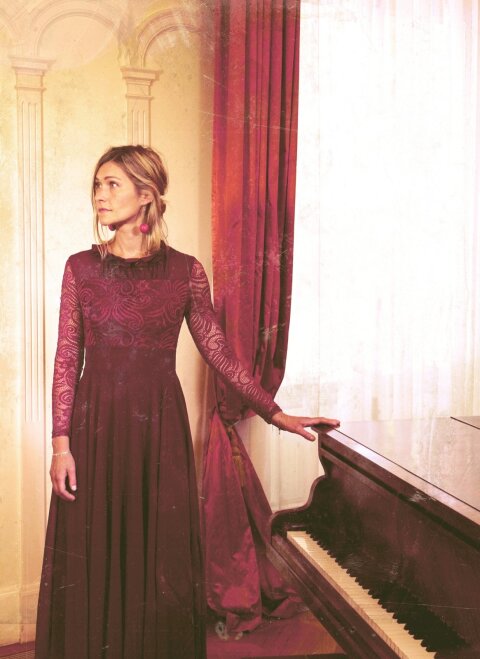 - Are you also famous in Lithuania?

- More in France, but still a bit in Lithuania. Given the themes I write about, it bothers them a bit. I think it grosses them out that I'm not singing love songs or participating in the Eurovision Song Contest. [smile] They think, "Damn, it would have been a hell of a way to have a Lithuanian star!"

- Why don't you sing in Lithuanian?

- What I sing is very French. Satire and caricature have been around for hundreds of years in France. When you are tongue-in-cheek or doing dark humour, people understand it right away.

In Lithuania, it would be harder; people don't have such automatism. The first Lithuanian articles about me with lyrics translation, people were horrified: they didn't get those were jokes. Plus, there are no swear words in Lithuanian. So I should remove 50% of my lyrics. My songs would be so short, and I wouldn't earn a lot of royalties. [laugh]

I'm not sure my lyrics match with the Lithuanian language. A Lithuanian singer should prove me wrong, writing something more in my style!

- I feel like humour resembles the local people. For me, Lithuanian humour is pretty deadpan. I love it! I prefer a thousand times someone in the corner dropping huge jokes with an air of indifference!

- In 2019, you wrote a comic book about your family in the Lithuanian SSR, "La Boîte de petits pois" [The Can of Peas]. Was it a way to reconnect with your Lithuanian roots?

- Not to reconnect, because I've never strayed from it, but it was perhaps a way to deepen things that had only been mentioned in my family.

I wanted to tell the French people how life was in the Lithuanian SSR. I used my family as a pretext because it included all the characters: my uncle was a political prisoner, deported to the gulag, and my grandfather was an apparatchik. One Lithuanian production company has a project to adapt the book into an animated film. I hope it will lead somewhere!

- Can you say a few words about your new album "Chansons romantiques au piano (C.R.A.P)" [Romantic Piano Songs], which will be released on June 16?

- For me, this album was different to make. Those are only piano songs; it's another form of writing. Being cool can't last forever! At some point, you're too old for greasy hair and a guitar; you have to come back to granny's piano! [laugh]

I think I like all the songs on this album – that's not always the case. For real, people don't tell it, but when you put out an album, there's usually one or two songs for which you think, "Well, I put this one on because otherwise, it'll be like six songs… It's stingy! Anyway, I think people will zap it while listening." I think I like all the songs. I can't wait for its release.

Lithuanian-born singer from France GiedRé: at some point, you have to come back to granny's piano 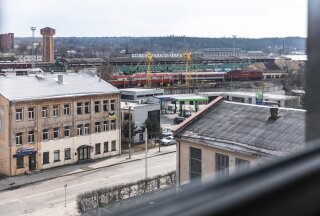