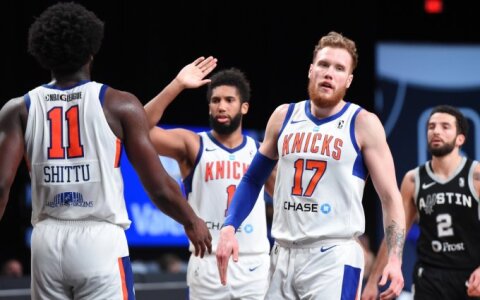 Ignas Brazdeikis, a Lithuanian-born Canadian professional basketball player, has had his Lithuanian citizenship restored, Evelina Gudzinskaite, head of the Migration Department, has confirmed.

"His citizenship has been restored because the amendments allowing children who were born Lithuanian citizens but later acquired the citizenship of another state to keep both citizenships came into force on January 1," she told BNS.

Gudzinskaite said the decision to restore Lithuanian citizen to the 22-year-old basketball player had been made in the past few weeks.

Brazdeikis was born in Lithuania's second-biggest city of Kaunas in 1999, but emigrated with his parents to the US when he was three. He later moved to Canada and was granted Canadian citizenship.

Last week, the player signed a 10-day contract with the NBA's Orlando Magic.