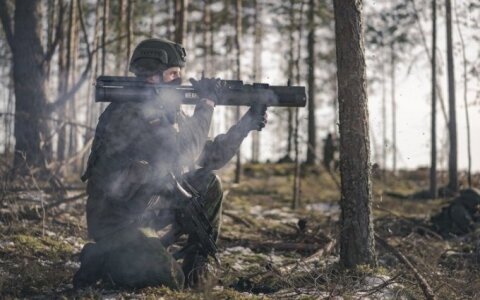 Since the bulk of this year's training events will occur in southern European countries, Lithuania will be represented in the exercise by host nation support task specialists whose main task will be to provide the necessary support to Allied units moving via the country, according to the press release.

Defender Europe 21 will encompass several linked exercises, such as Swift Response, an exercise that will be held in early to mid-May and will include airborne operations in Estonia, Bulgaria and Romania involving more than 7,000 troops from 11 countries.

It will be followed by Immediate Response and Saber Guardian exercises from mid-May through early June.

Defender Europe 21 will culminate in Command Post Exercise in Europe and Africa in June.

Overall, Defender Europe 21 will involve around 30,000 service members from 26 countries.

Training events will be held in more than 30 training areas in 13 European countries.

Defender Europe is an annual US Army Europe and Africa-led exercise that is defensive in nature and is designed to build strategic and operational readiness and interoperability between US, NATO allies and partners.