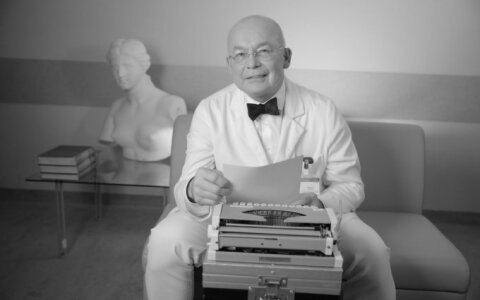 Well-known Lithuanian microsurgeon Professor Kestutis Vitkus has passed away at the age of 68, representatives of his private plastic surgery clinic VitkusClinic and colleagues confirmed it to BNS on Monday.

"You were a colleague and boss, and will remain so. Rest in peace," his colleague plastic surgeon Renaldas Vaiciunas posted on Facebook.

Born in 1952, Vitkus graduated from Vilnius University in 1976 and work at several hospitals in Lithuania, leading their microsurgery or plastic reconstructive surgery department. He was president of the Lithuanian Plastic and Reconstructive Surgery Society in 2013-2019.

He established his private clinic in 2004.

Vitkus and his father Mecislovas Vitkus were the first in Lithuania and the then Soviet Union to perform successfully microsurgery to re-attack cut off fingers.

Later on, Vitkus introduced microsurgery methods in the areas of orthopedics, traumatology, oncology and plastic surgery. He published more than 150 scientific articles during his career.