PM: Poland had a reason for expelling Russian diplomats 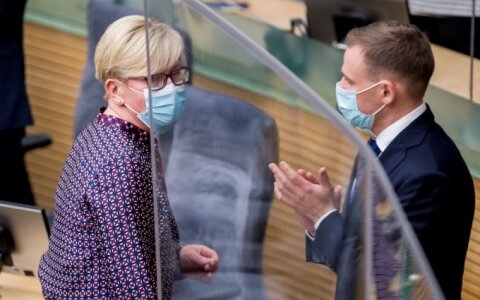 "I believe Poland made the decision having a certain reason for that as usually decisions are not made without a reason," the prime minister told a press conference during her visit to Svencionys District.

She also said she has not had a chance yet to discuss the situation with other government members.

In a statement, the Polish Foreign Ministry expresses its "full solidarity" with Washington's decision, adding that made in response to the "violation of diplomatic status and carrying out activities to the detriment" of Poland.

In response to Poland's decision, Russian State Duma Foreign Affairs Committee Chairman Leonid Slutsky said Poland had "no reason" for such a move, adding that Moscow would retaliate.

PM: Poland had a reason for expelling Russian diplomats